Inland waterway infrastructure (navigation locks) in the Columbia/Snake and Mississippi rivers is aging and is in need of billions of dollars to keep it viable. Users (commercial barge operators) currently pay a 20-cent-per-gallon diesel fuel tax that goes to the Inland Waterways Trust Fund for sharing rehabilitation costs with the federal government – 50/50.
Congress is wrestling with waterways funding. Inland waterway users contribute only 8% of the costs while coastal port users pay 80% via the Harbor Maintenance Trust Fund. The waterways industry and its stakeholder’s support increasing the fuel tax 6-to-9 cents per gallon with the caveat that the federal government pays 100% of the cost of projects up to $100 million. Over $100 million costs are shared 50%.
President Obama is recommending a new fee for all inland waterways and a second fee for those moving through the locks in addition to the fuel tax. This proposal would more than double user fees reducing the federal subsidy for inland shippers. Congressman Mike Doyle (D-PA) bemoaned the lack of adequate funding for navigation for his Pittsburg district but warned that Congress “was more likely” to increase cost-sharing requirements than to reduce them.
With the stress on the federal budget users should contribute substantially more to keep navigation waterways viable.
Senator Maria Cantwell (D-WA) is pushing for legislation that would help Washington State modernize its intermodal freight network including ports, freight railways, air cargo infrastructure and highways as a jobs program. Her recent comments were made at the Port of Pasco’s Big Industrial Center that supports 600 jobs - an operation that depends on efficient freight transportation infrastructure.
Lower Snake River Dam Removal and Loss of Navigation in the Snake
Senator Cantwell is correct that transportation and port infrastructure are indeed critical for Washington State especially in the lower Columbia River. Adequate funding for the Inland Waterways Trust Fund via increased user fees to support the Columbia River locks will be essential. Currently there are potential issues with the John Day Dam and lock infrastructure that could require considerable investment.
The Northwest congressional delegation needs to champion enhancing user fees to ensure viability of Columbia River navigation. The delegation should also initiate a process to examine the efficacy of federal investment to retain/remove the lower Snake River dams to recover wild salmon.
The vision for navigation in the Snake was all about an economic boon that never materialized. Tonnage in the Snake that peaked in the mid 1990s will not return. After dam removal, commodities that were transported by barge can be moved by rail and truck primarily to and from the ports in the Pasco area.
Posted by Salmon Solution Blog at 4:14 PM No comments:


The Oregonian Editorial Board (OEB) recently ran an editorial titled - Punching holes in the concrete (August 27, 2011). http://www.oregonlive.com/opinion/index.ssf/2011/08/punching_holes_in_the_concrete.html
They describe the attributes and benefits of removing the two Elwha River dams on the Olympic Peninsula and the Condit dam on the White Salmon River just above Bonneville pool in Washington State.
The three dams are relics and will provide huge benefits to costs of removal but that should not diminish the dialogue about doing the same on the lower Snake River. The ledger of liabilities to assets of retaining the lower Snake dams keeps mounting.
Restoring Snake River populations of salmon and steelhead cannot occur without removing the dams. The populations of wild spring/summer chinook and steelhead are the most important remaining in the Columbia basin. Their native habitat includes large areas of wilderness and roadless tracts in Idaho, Oregon and Washington.
The OEB reported that the lower Snake dams generate 3,000 megawatts of electricity. Those 3,000 MW only come in the spring when the Northwest is awash in hydropower. This year BPA curtailed wind power – a valuable renewable energy source - because of overgeneration (too much electricity). BPA sold some of the federal power at $00/MWh. Without the lower Snake dams; overgeneration would be less of an issue.
Because Judge Redden has a standing spill order in the draft Biological Opinion, the lower Snake dams are currently generating only about 500 MW. The Northwest Power Pool usually peaks at more than 50,000 MW in August. The lower Snake dams are small contributors to the Northwest energy supply – on average about 1,000 MW per year.
OEB quotes former Oregon Gov. Tom McCall; "If the salmon and steelhead are running, then as far as I am concerned, God knows that all is well in his world. The health of the environment is good if the salmon and steelhead are around. It is that simple."
I suspect Gov. McCall was referring to wild fish that reside in the natural environment, not hatcheries. Those wild salmon continue to remain listed under the Endangered Species Act and are far from healthy.
These dam removals on the Elwha and White Salmon will provide important case studies in the Pacific Northwest about the costs and benefits of dam removal. We ought not write off discussions about the lower Snake River before they’ve even become productive. A national treasure depends on it.
Posted by Salmon Solution Blog at 12:50 PM No comments: 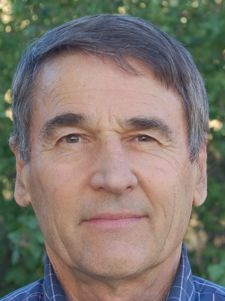 I am a fisheries biologist who has worked in the Columbia basin for 40 years. My career actually started in 1964 as a summer employee of the Idaho Department of Fish and Game [IDFG]. My first job was operating a summer chinook salmon trap and holding facility in Stolle Meadows, near Warm Lake, in the upper South Fork of the Salmon River drainage. My second job was walking the tributaries of Bear Valley Creek and the upper Salmon counting spring chinook salmon nests called redds.

As a kid who grew up in Idaho fishing for salmon and steelhead with his dad - where you usually only see the fish at the end of your fishing line - I was amazed at how many of the gargantuan salmon were spawning in the upper tributaries of the Salmon Basin. It reminded me of the tales about Idaho salmon - they were so plentiful you could walk across the stream without getting wet.

During the last 10 years with IDFG, before retiring, I worked in the position of Columbia River Policy Coordinator. My job was to coordinate activities among states, tribes and federal entities that worked on salmon in the Northwest and specifically Idaho.

My trepidation of the current condition in the state of Idaho is the politicization of salmon and salmon science. IDFG staff is not allowed to speak their minds concerning the best available science as a tool to promote salmon recovery. State political leaders work against good science and are heavily influenced by the federal government’s salmon policies and BPA’s checkbook. In 1993 IDFG was at the forefront in Federal Court advocating good salmon science.

What a better way to recognize the importance of Idaho’s salmon and steelhead legacy than the Great Seal of the State of Idaho that has within it – Esto Perpetua – May it Endure Forever.

Posted by Salmon Solution Blog at 10:20 AM No comments: